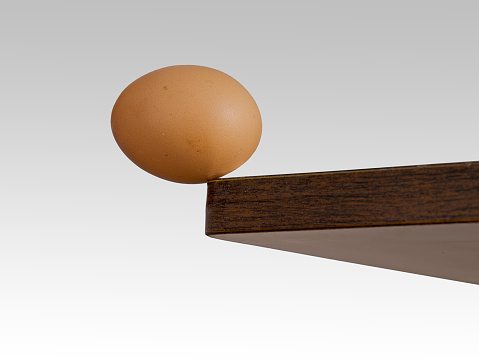 What is the most common injury that the Feldenkrais Method can help?

When I asked this question of Feldenkrais specialists and instructors, I was surprised by the reaction. I expected to hear the usual: “I often see ______ caused by _______.” Sure, I expected a little variation in the wording, or even in the type of common injuries each instructor was used to, based on the kind of clients they most often saw. Dancers might have a specific problem, sprinters another, a nurse yet another… But that wasn’t what happened.

Instead, I was met with a smile, an obvious attempt to generate some kind of “usual” in the mind of the instructor, then a gentle shake of the head.

At first it shook me, and I wondered if the results and impact of Feldenkrais training and practice were too subtle or minor to detect, but then I dug a little deeper, and the answers I found were both interesting and revealing. They centred around what Moshe Feldenkrais referred to as “The Elusive Obvious.” Have I lost you? It lost me at first too, but stick with me; it will make sense in a moment.

The movements that we repeat so many thousands of times, are not “wrong” enough to injure us the first time. It’s not like a twisted ankle or broken arm. It’s subtle, nearly impossible to detect in isolation, and only causes injury through long-term repetition. Because this is the case, there are very few injuries (if any) that are exactly the same as someone else’s.

A Feldenkrais instructor will guide you through a series of movements, or types of movements, and teach you how to detect and listen to the messages your body is sending you. This can sometimes look like a kind of combination of yoga and mindfulness, and will result in the student recognising the damaging movement, not the instructor. The instructor guides the student to that recognition, and then through how to correct it and eliminate the cause of the injury.

What was a habitual, automatic movement before that moment of recognition quickly becomes an identifiable thing, a correctable error in movement. What once was elusive, becomes obvious. What once was a silent, invisible injury, becomes an avoidable error.

With the cause of the injury removed, the practitioner can finally heal, and experience that greater level of ease, comfort, and health – a level that the injured person never even realised was missing.

It seems that the answer to the question “What is the most common injury the Feldenkrais Method can help?” is a little different than I had expected, but I think I can offer one.

Each variation in skeletal structure, body weight and makeup, gait and activity level, personality, employment, health history, recreational activity and training in posture and a hundred other factors – each of these influence the way each person moves. The way each person moves is as unique as the person. The injuries caused by damaging habits? Just as unique. The instructor guides the student to this discovery, but it is the student, as the recipient of his or her body’s feedback, that ultimately identifies the problem – and practices to correct it.

So your answer to the question “What is the most common injury the Feldenkrais Method can help?”

But it doesn’t stop there.

That’s just the doorway. Nearly everyone who becomes a lifelong practitioner of Feldenkrais initially gave it a try as a way to help with pain or injury, even Moshe Feldenkrais himself developed it for this purpose, initially. It makes sense, after all: If habitual movement problems cause injury and a decrease in quality of life, then learning how to replace harmful movement with beneficial movement can help with the injury.

But it also helps with the quality of life.

I was injured and ill. The baseline of what it felt to feel “normal” for me was subtly, and steadily dropping. At one point, I was in pain every day, and didn’t even see the effects it was having on me as a whole person.

As the injury healed, and the illness subsided, I started to realise – not each day, but probably each week or month – that I just felt… better. My baseline rose. My everyday feeling of well-being increased.

Practicing the Feldenkrais method will not only help you in the short term with an injury – and it will – but it will also help your general, everyday sense of health, comfort, and well-being.

It will raise your baseline.