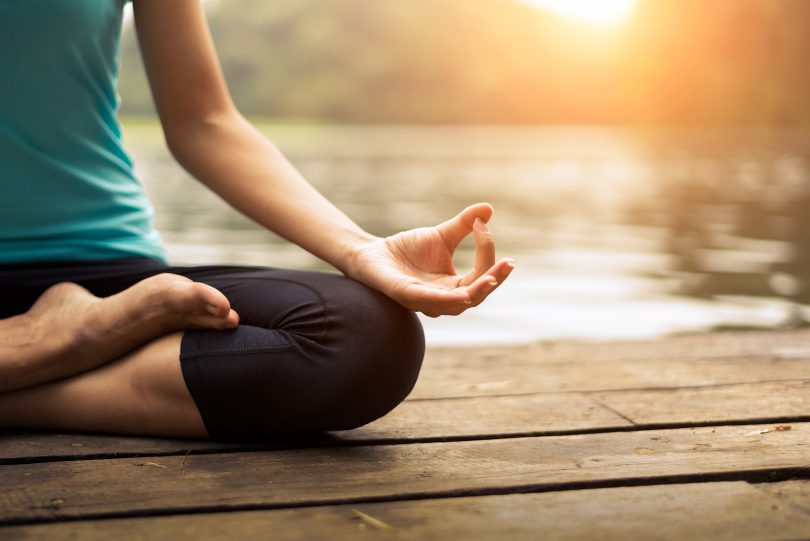 Yoga is a well-known term, and you probably have an idea of what it is, even if you don’t practice it, but most people don’t realise that there are several different practices, philosophies, and even religious connotations attached to the term – in other words, yoga means a lot of different things to a lot of different people.

Before you think this is a ‘yoga-versus-Feldenkrais’ article though, you should know that many Feldenkrais teachers and practitioners also practise yoga on a regular basis. Both are very beneficial, and work together well as components of a healthy lifestyle.

Yoga as a Limbering Activity

One of the most common reasons people do yoga is to increase flexibility and ease of motion. Poses often include stretches that push the body to its current limits, with the purpose of increasing the tolerable range of motion for the next session. An expert practitioner of this aspect of yoga will be able to demonstrate a range of motion that would be uncomfortable for most people, or could even cause serious injury were it to be vigorously attempted.

If you practise yoga, it’s important to be appropriate to your level of fitness and expertise. Start easy. Build up gradually.

Yoga as a Workout

Perhaps the most common and popular aspect of yoga (at least in the Western world) is as a workout. Students begin with easy poses, building up endurance and balance, usually with a mind to increase the difficulty of the next pose. Advanced poses are often difficult, requiring great skill in balance, and a great deal of strength. Most poses are impossible for those with injuries, with a lot of excess body weight, or with other physical limitations.

Just as with practising yoga to increase your range of motion and comfort, it is important to start your workouts at a level that is appropriate to your current level of fitness and ability. Too much too soon can be harmful.

Yoga as a Religious Practice or Philosophy

The origins of yoga are closely tied with Hinduism, coming out of the Vedic traditions, and are still practiced in this way, especially in Far Eastern countries such as India. The tenets are closely aligned to healthy eating, regular physical exercise (usually in the form of yoga poses), and meditation or mindfulness.

Though the Feldenkrais Method is not yoga, it has some similarities – it also has some important differences.

The Feldenkrais method does not come from an ancient religious or philosophical root. It was developed by a scientist and engineer, Moshe Feldenkrais, who was also an expert martial artist. He was successful in his scientific career, and also excelled in physical training and kinetic knowledge. This intimate knowledge of how the body works allowed him to consult for developers of the highly effective martial art Krav Maga. He applied that same knowledge to the prevention of physical stress and injury, and that knowledge is what is now known as the Feldenkrais Method. In fact, he spent most of his life developing and improving the Method for the benefit of people’s lives, health and well-being.

Like yoga, the Feldenkrais method encourages regular physical activity. These activities will increase the practitioner’s flexibility and strength, but that is not their primary purpose. The primary purpose is to train the body in non-damaging movement, and to correct habits of harmful movement.

Feldenkrais encourages the practitioner to listen to the body’s signals, to move within the non-resistant range, but with intense mindfulness and purpose. The practice involves slow, deliberate movement rather than held poses, and avoids strain.

We have been told for a long time that there is no gain without pain, but this is not the case. Through a careful, scientific study of the body and movement, Moshe Feldenkrais found that the opposite is more effective. Listening to the body’s defence systems and working within them is a startlingly effective way to improve comfort, flexibility, and strength. When the body’s nervous system is not in defence mode, the brain can focus on the desired movements themselves, rather than on preventing unwanted or dangerous ones, and there is an increase in muscle memory and relaxation.

As the body and brain become more used to these safe, controlled sessions, tensions are lessened and the body and mind are both more open to the healthy movement that is actually happening – rather than what negative thing might happen. Muscle memory is developed more quickly, mindfulness is more easily achieved, the body reacts more readily to guided movement, and the whole person – brain, body, and consciousness – enters into the session.

In this context, the benefits and results of practicing the Feldenkrais Method – and other cooperative practices, like yoga – are most potent and effective.